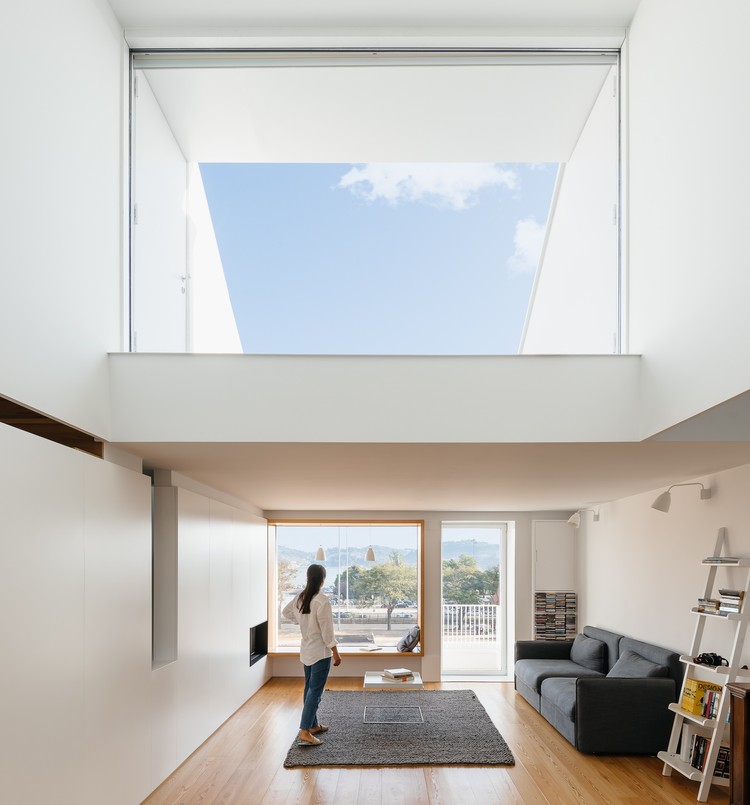 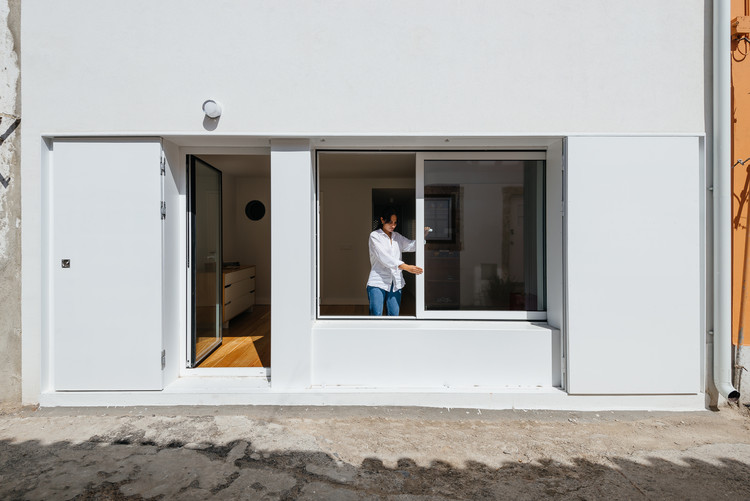 Text description of the architects. This is an upstream project at a time when the city was gradually being liberated from its residents under the pressure of tourism and property speculation. In this scenario, it is a project of resistance as it arises from a family’s desire to stay in their own neighborhood and find space for their closer relationships. This will also determine the way the project was designed. 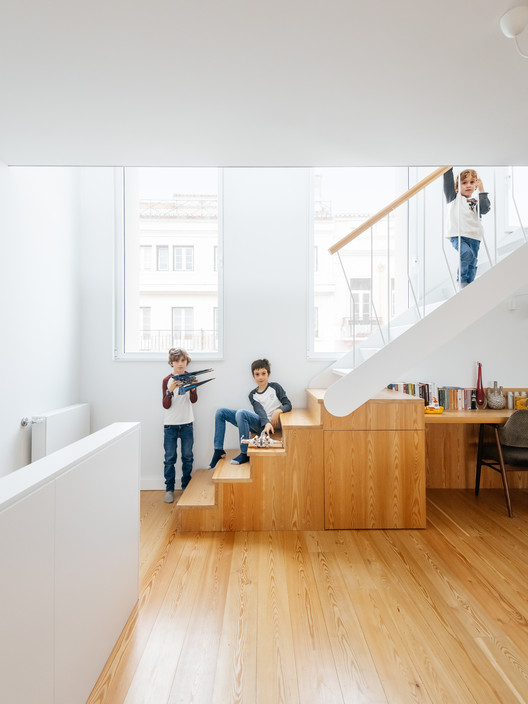 The main facade overlooks Bartolomeu Dias Street, an important ax that runs parallel to the river bank and starts from Alcantara, crosses Belem’s monumental area and ends on Pedrouços Street. This is a busy street, mostly residential, with some services and shops on the ground floor. Instead, the rear view overlooks Beco da Ré, a narrow pedestrian zone surrounded by irregular building plans. For a higher degree of privacy, the residents use this street with chairs and drying clothes hanging outside, reminding of the typical atmosphere of the rural villages. The difference in scale and use between the main street and the back street is striking and becomes a driving force in the design process. 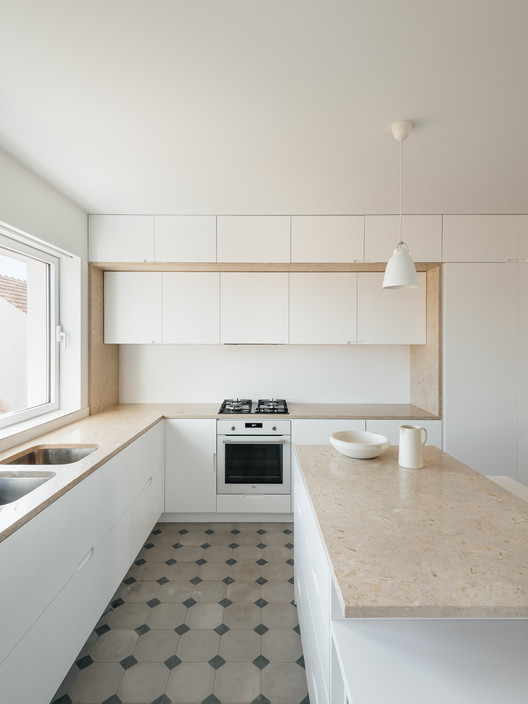 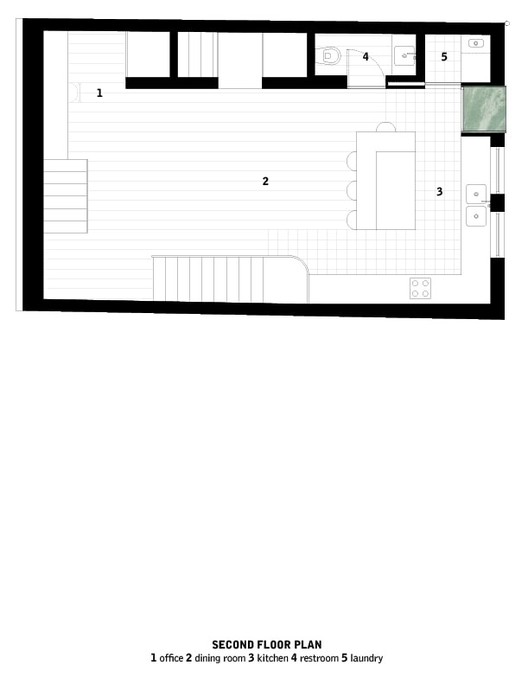 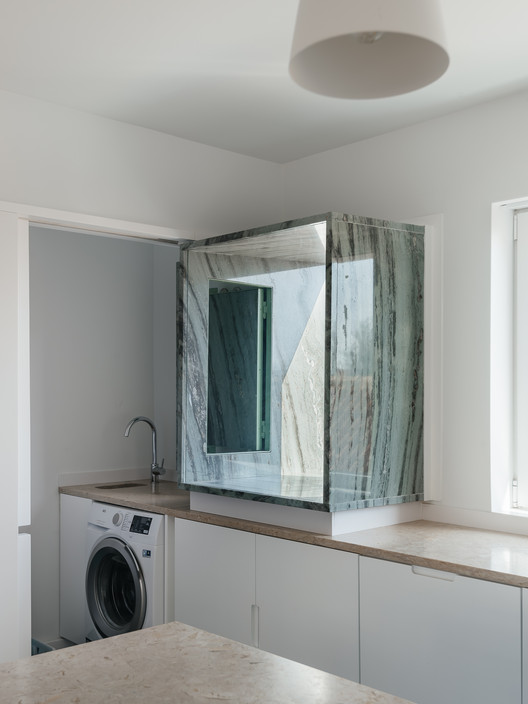 The building with 60 square meters and two floors is badly degraded, so the demolition of the entire interior is mandatory. In order to respond to the programmatic needs, especially permanent residence for a family of 5, it was imperative to make reinforcement on two floors in order to align the building volume with the dominant height of the built environment. The project aims to emphasize the contrast between the existing and the new. Indeed, the new floors use a contemporary architectural expression resulting from the new constructive technology, creating a dialogue with the existing ones. Therefore, the tension between two different construction periods becomes the main identity lane for the building. 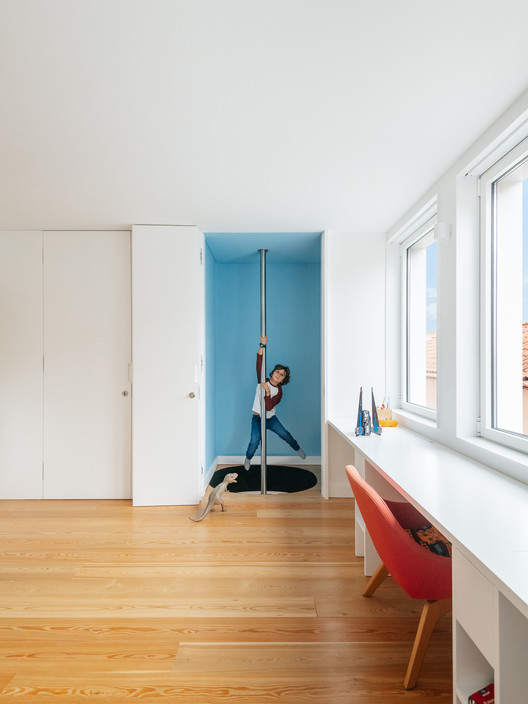 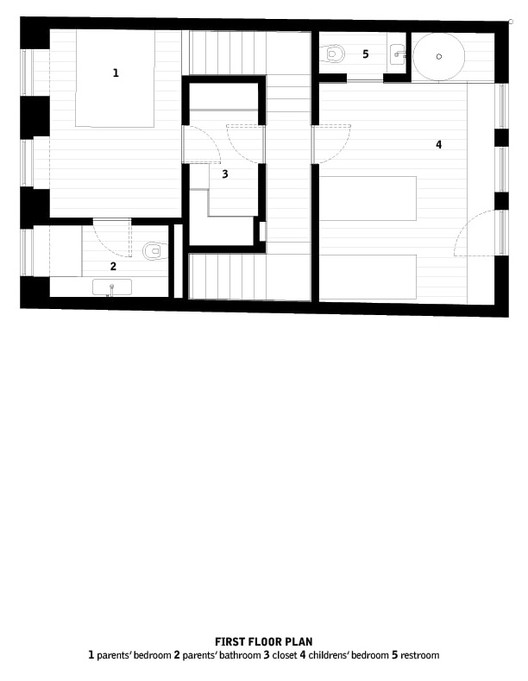 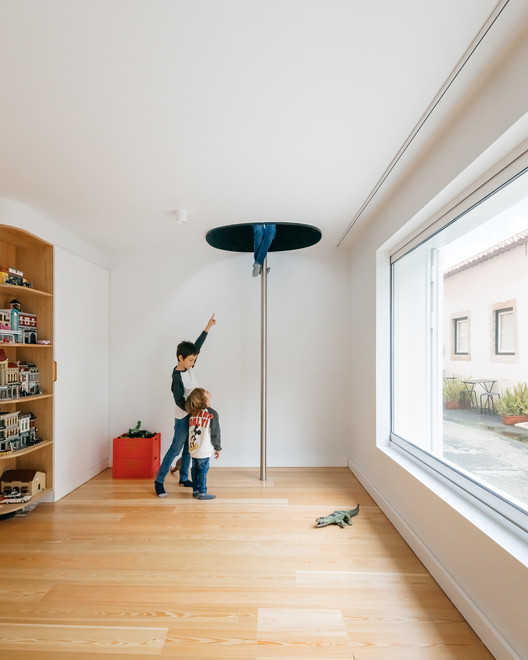 The internal spatial organization is reversed and moves from more private rooms on the lower floors to social rooms on the upper floors in order to take advantage of the better view of the Tagus River. The living area is privileged at the expense of the rooms and is used more punctually. The rooms are organized on the first two floors and the living areas on the last three floors. In this way, the rooms are initially more subdivided from the entrance and after the inner circulation of the stairs, then gradually larger and more open and culminate in the south-facing terrace, which is inserted into the two-part roof. 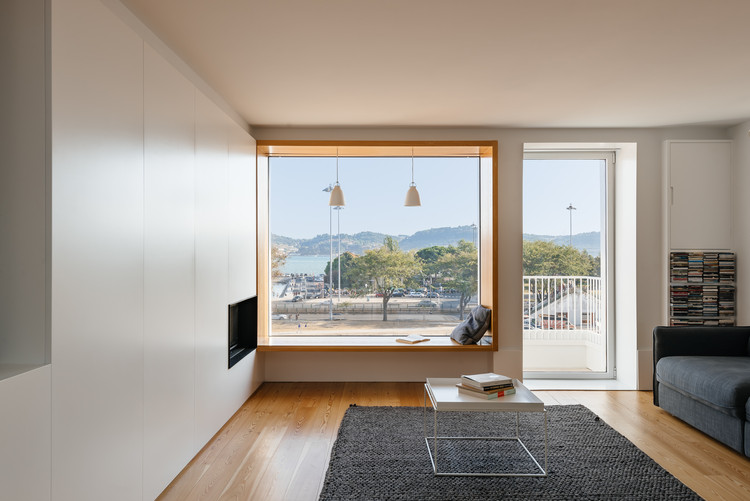 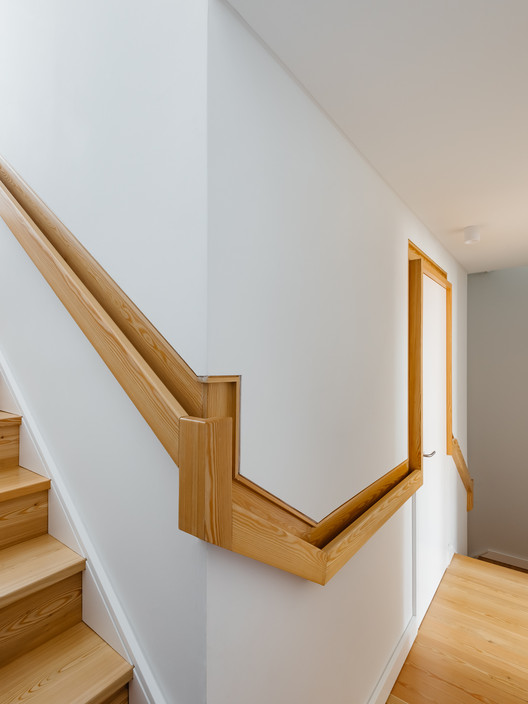 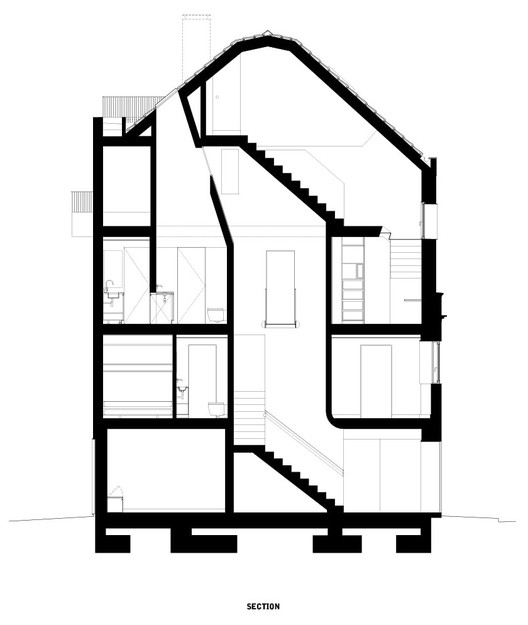 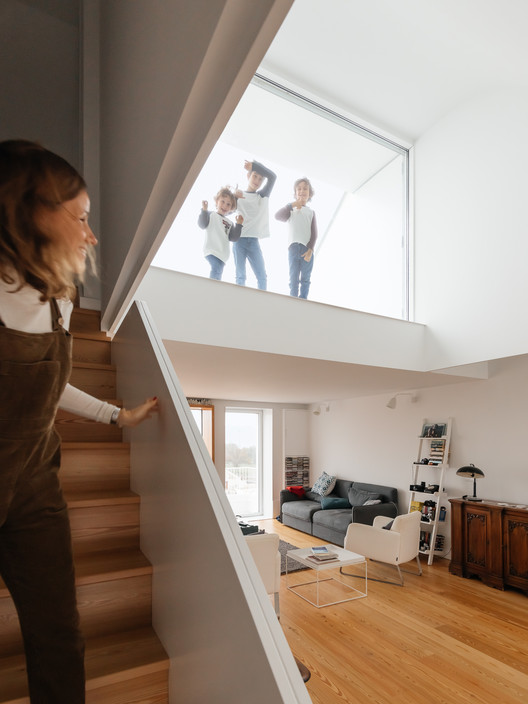 In the main facade on the ground floor, the original tiles are being restored and the typical “Lisbon green” is retained in the doors and bars. The new openings are designed according to the existing openings. The rear view is different and composed autonomously, the openings gradually widen and get a better relationship with the outside on the upper floors. The protruding veranda and the verde viana stone window, dubbed “the green eye”, are the only exception in an elevation where regularity, symmetry and relationship to context are the predominant character. 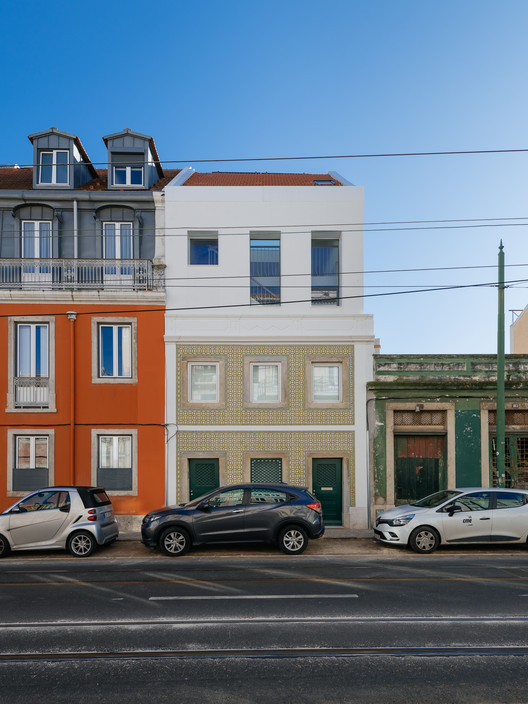 Drachenberg boys celebrate the milestone of the Aurora Memorial Library

Column: The Aurora attorney’s new memoir provides a glimpse into the Jeanine Nicarico case, one of the most famous homicides in state history