(Aurora, Ind.) – The next “Fill the Pool” fundraiser is taking place in Aurora this weekend.

The City of Aurora will host the Splish Splash Car Wash at Aurora City Park on Saturday May 15 and Sunday May 16.

The celebrations begin on Saturday at 11:00 a.m. with a special ceremony to cut the ribbons for the newly installed playground equipment.

The event continues until 6:00 p.m. each day and features a free car wash, sweepstakes, live music, inflatables for the kids, two demonstration disc golf holes, and the chance to dunk your favorite city official in tanks.

Food and drinks are provided by Smokin BBQ, Plugs Sweet Tooth, Queen Bean and Amanda’s Mobile Diner. A beer and vineyard will also be available.

All proceeds from the event will go to the Fill the Pool fundraising campaign.

The city has agreed to fund a $ 2.5 million project to revitalize the city pool. However, the city believes that $ 2.5 million will not be enough to fully fund the project. Therefore, a fundraising goal of one million dollars has been set.

The “dream pool”, as it was called, has laps on which swimming events can take place outdoors, a water volleyball court, a slide, a zero-entry area with a play function for children, a heating element to extend the pool season into early spring and Late autumn: two-way concession stand for park and pool guests, public WiFi and more. 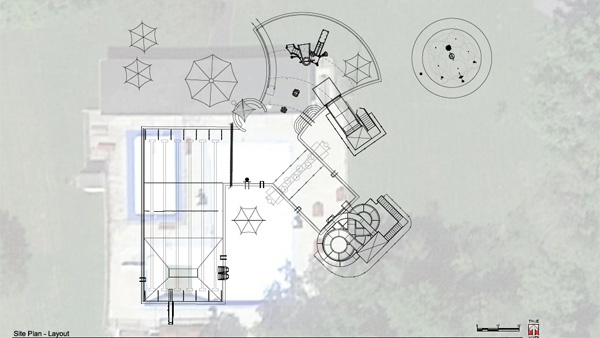 Site plans for the “Dream Pool” of the city of Aurora. Photo provided.